Can Coworking in Buffalo Help Solve the Space Crunch for Businesses? 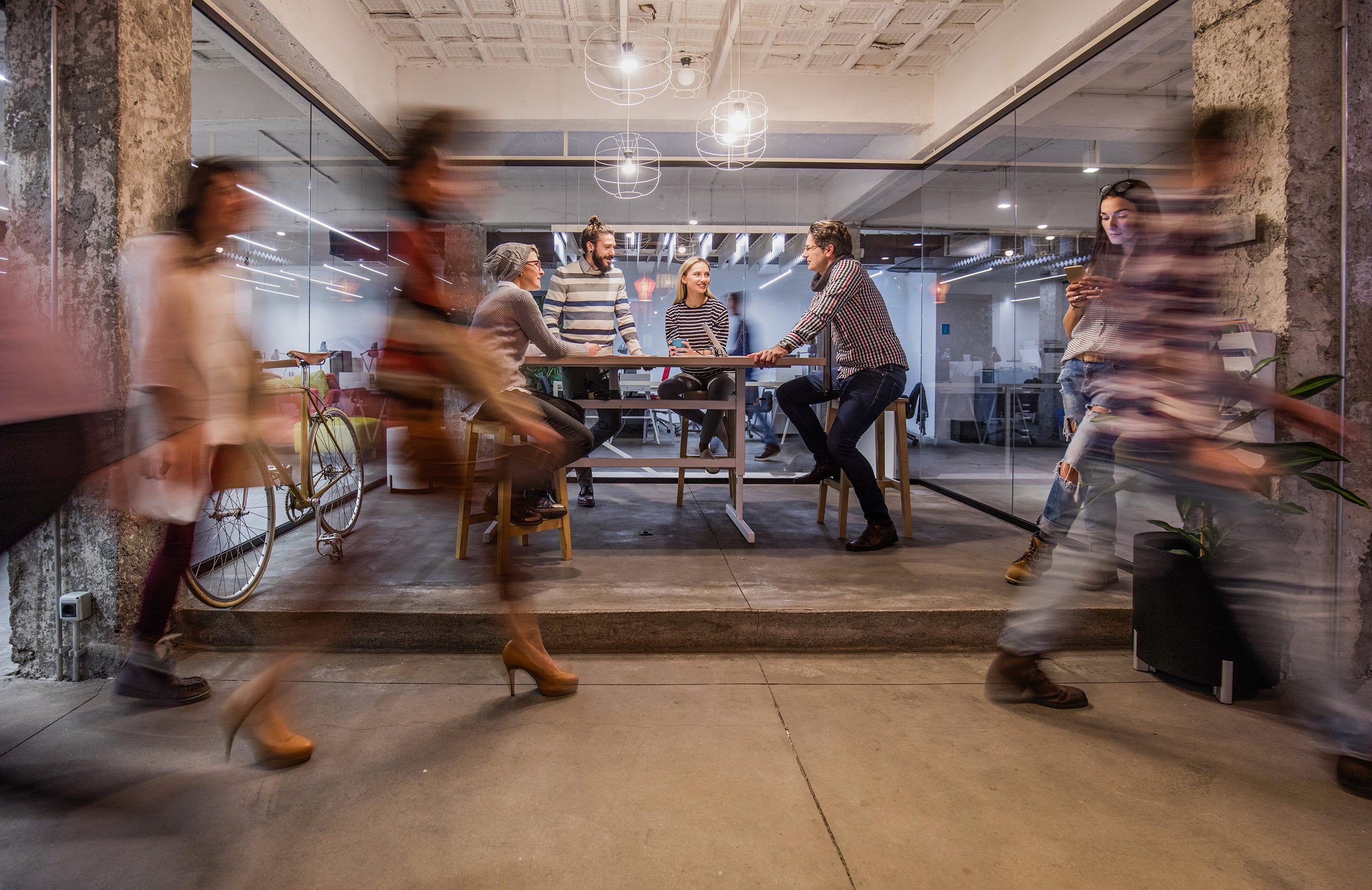 Let’s face it, the growth of coworking and flexible workspace across the U.S. has been amazing, increasing, on average, by 26% each year since 2010. That’s a jump of more than 600% in just nine years! (1) And more and more, that growth is being fueled by bigger companies enterprise clients, whose leaders have discovered that coworking can absolutely meet their needs, too.

One of the biggest advantages is the power coworking has to attract and retain top talent. Workers tend to love these less traditional serviced office space environments because they allow them to work during times that best suit their lifestyle and project requirements. They also give people the ability to choose a work environment in which they’re most productive. And, they provide settings to interact with like-minded people, which studies have shown to boost creativity, productivity and overall job satisfaction. In fact, the prominence of coworking is one of the driving forces behind why London is now the top destination for the Generation Z workforce. (2)

The big fish have taken notice.

About three years ago, Microsoft began not just allowing, but encouraging, 30 percent of its New York City sales force to use coworking locations. They wanted infuse more of a startup vibe into their culture. Similar arrangements have since been set up for employees in Atlanta, Philadelphia and Portland, Ore. (3)

More recently, two other giants discovered flexible workspace can be excellent trial grounds for new ideas and products. IBM found a partner that allowed it to create an environment to test its cognitive and artificial intelligence (AI) concepts and products. This included space for training and education, giving employees hands-on learning in a safe place to develop their skills while they worked alongside independent cognitive and data science experts. (4) Talk about smart!

Then Verizon jumped in, partnering with a New York City shared space provider to create its Open Innovative Lab, a coworking facility for employees AND outsiders like start-ups and academic partners. (5) Verizon created it to test the limits and possibilities of its new 5G network, and has since added similar spaces in Washington, D.C., and Cambridge, Mass. (6)

That’s three of the 30 companies who make up the Dow Jones Industrial Average, if you’re keeping track! Many other global icons like Facebook, Starbucks, Salesforce.com and Bank of America have joined their ranks, adding some type of shared space rental component to their business operations.

There’s no sign of this slowing down. A 2018 survey by CBRE, the world’s largest commercial real estate services and investment firm, estimated that 65% of large corporations will include some type of coworking in their workspace plans by 2020. (7)

“The tightening and highly competitive labor market, the rise in gig and remote workers, and the belief that a serviced office space environment boosts both creativity and productivity is increasingly appealing to Corporate America,” said Chief Economist Andrew Nelson and Vice President Ron Zapille, co-authors of Colliers? 2019 U.S. Flexible Workspace Outlook Report. “Corporations are also finding coworking to be a cost-effective and flexible way to expand and contract their space as needed.” (8)

For example, some of that spatial diversity comes in the form of surge space for companies who need to expand or contract quickly, create touchdown space for traveling employees, or incubator space, for new products and project teams. Other times, it’s ideal for offsite conversations about sensitive topics, such as mergers and acquisitions or succession planning.

To learn more about how HANSA can provide the perfect solution for your growing business, drop me a line at [email protected].

Laura Jimenez is the Community Manager for HANSA, set to open in August 2020 at 505 Ellicott Street in the heart of downtown Buffalo.

Any cookies that may not be particularly necessary for the website to function and is used specifically to collect user personal data via analytics, ads, other embedded contents are termed as non-necessary cookies. It is mandatory to procure user consent prior to running these cookies on your website.